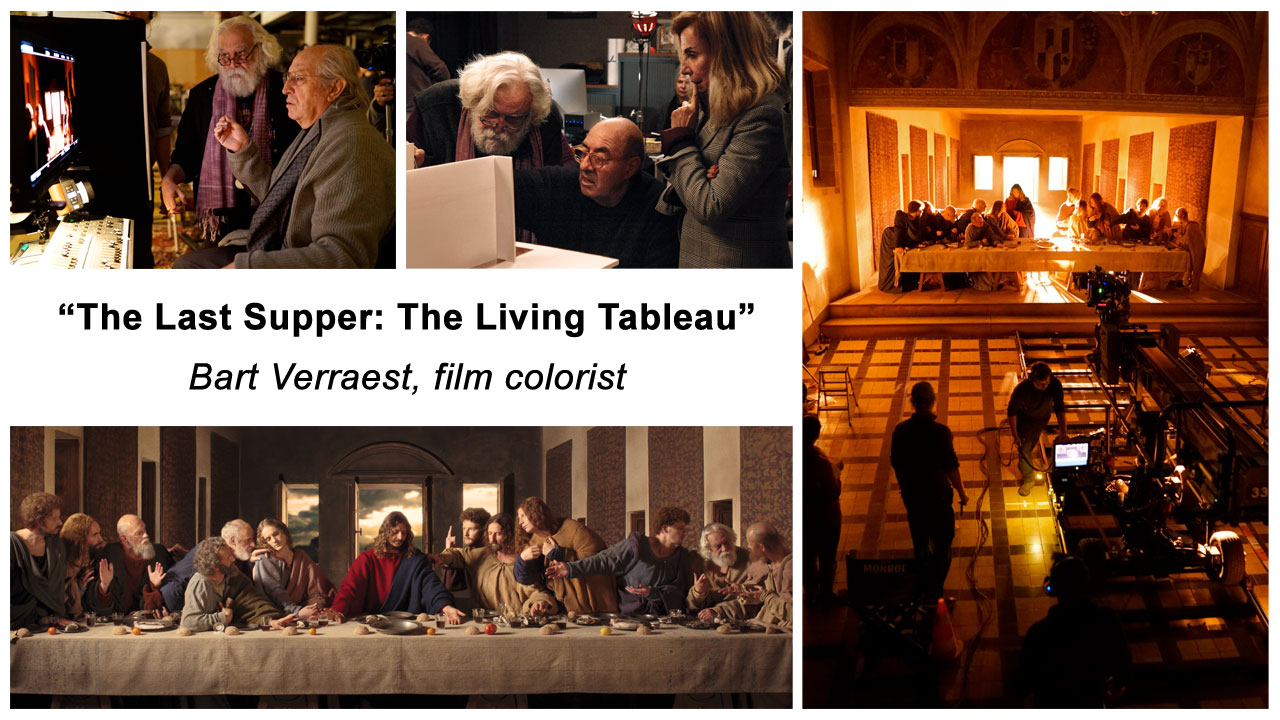 “The Last Supper: The Living Tableau” (https://www.thelivingtableau.com) recreates Leonardo da Vinci’s masterwork in astonishing and beautiful detail. Shot in extreme slow motion, this work of art on film has a running time of nine minutes and features actors portraying the inner emotions of the Apostles in the time leading up to Jesus Christ’s arrival at history’s most remarkable gathering. For the filming, Creator / Director Armondo Linus Acosta brought his creative “dream team” of legendary cinematic maestros together at the Academy One Studios in Ghent, Belgium — cinematographer Vittorio Storaro, production designer Dante Ferretti and set decorator Francesca Lo Schiavo, each a winner of three Oscars. “The Living Tableau” premiered at the Palazzo Reale Museum in Milan (October / November 2019) where it was seen by over 50,000 visitors to mark the 500th anniversary of Da Vinci’s death, commemorating his timeless influence on both art and life. The stand-alone piece will also be the opening sequence of the feature film, “The Last Supper: A Divine Prophecy”, still in production. Bart Verraest, colorist and post-production supervisor on this project explains, ”We used Assimilate SCRATCH software as the backbone for the color grading, finishing and mastering in full 4k and ACES to ensure maximum dynamic range and color depth and to create a future-proof master. Assimilate’s Play Pro is used as the media player to display the final result in any color space or resolution the projectors on location can handle, from Rec709 to P3 to Rec2020 and HDR in 4K resolution or more if needed… no other media player can do this.”

Bart Verraest is a freelance digital artist and film colorist,
based in Amsterdam, The Netherlands and Ghent, Belgium: http://www.joovo.net/bartverraest/